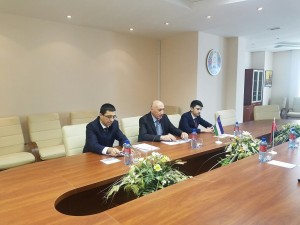 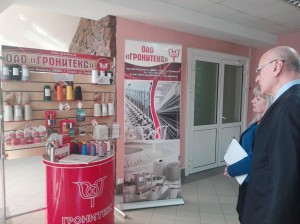 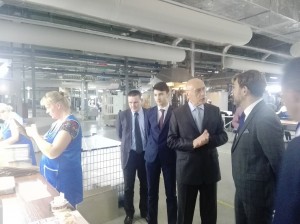 The delegation studied the investment and industrial potential of FEZ Grodnoinvest, business opportunities in the field of tourism in the park Augustow Canal. Particular attention was paid to the prospects of cooperation in the agro-industrial and textile sectors.

Mr. Ambassador visited the production of the leading enterprises-residents of FEZ Grodnoinvest in the light industry JSC Gronitex and Conte Spa Jltd. and discussed with the management of the companies directions of cooperation in the markets of Central Asia.

For reference: the turnover of residents of FEZ Grodnoinvest with the Republic of Uzbekistan in 2017 amounted to $ 7.4 million. Belarusian companies exported products by 4.4 million US dollars, which is 61% more than a year earlier. Basically, residents of Uzbekistan send polycarboxylic acids, alkyd tar, wood fiber plates, containers for compressed or liquefied gas, machinery, industrial equipment, taps, valves, and vents.